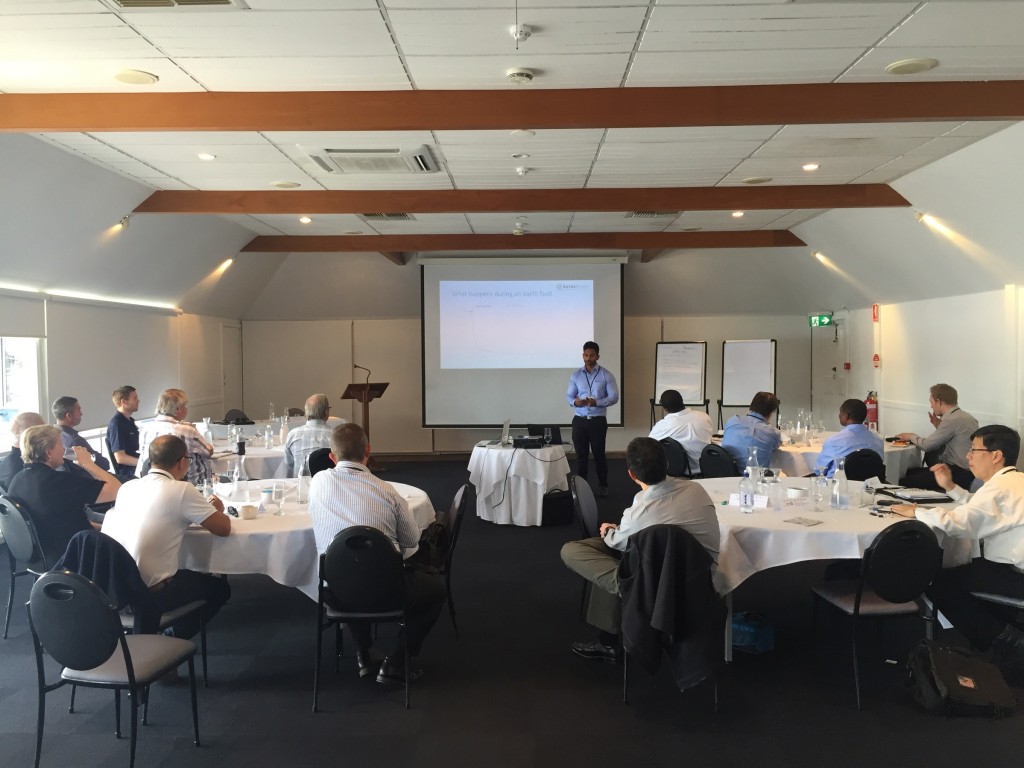 Marlon Fonseka made a presentation at the SirfRT on 15 April 2016 on his experiences in conducting earthing system testing. Marlon is an experienced electrical engineer in the field of earthing system design and testing. He has also attained a CDEGS Level I Certification from SES Technologies – the leading software for earthing and electromagnetic interference. The following points were raised in his presentation:

Purpose of an Earthing System

The fundamental purpose of an earthing system is to ensure:

Routine earth testing and integrity checks are required to ensure that the earthing system adequately achieves the above goals.

Interference due to underground or above-ground assets

Care must be taken on the selection of test plans and set ups to avoid erroneous and inconclusive test results. Assets such as underground power cables, pipes or fences can in some cases, greatly affect the test measurements. Routes where assets such as electrical circuits with overhead earth wires, bonded back to the site under test, should also be avoided.

Soil resistivity is the biggest factor governing the performance of the earthing system. The top soil layer can be replaced to a certain depth and ground enhancing material can be added to the immediate surrounds of earth grid conductor. However, the total earth that is affects the earthing system, which can be several meters below ground level, cannot be economically dug out or replaced, so it is a fixed variable that we as engineers need to work with.

Changes affecting the performance of the earth grid

There are several factors that can affect the performance of an earth grid over time. These include any changes in the infrastructure immediately surrounding the high voltage asset, changes to the site layout and deterioration of earth grid conductors.

The following is a list of recommendations to include in a routine maintenance program:

Want to keep in touch?